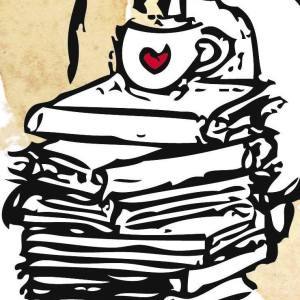 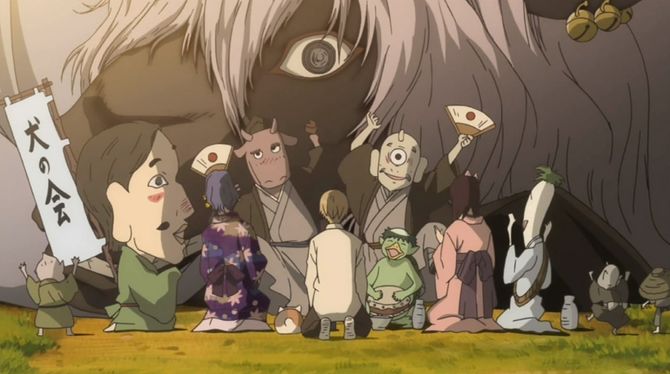 I love stories about youkai, whether it be in anime or manga form. Mythology, especially that of Japan, has always been a huge interest for me, as you can probably tell from the plan for next month and my posts on the mythology of Ancient Magus Bride. Which also means that I’ve spent a lot of time watching all sorts of different shows that have youkai and reading different manga as well, and through that process, I’ve come to notice a few things.

There are some common threads throughout all youkai stories that seem to paint a picture, both troubling and hopeful, for those who have the ability to see youkai and spirits. For the purposes of this post I went through some of my favorite youkai anime and manga again, namely: Ancient Magus’ Bride, Kakuriyo: Bed and Breakfast for Spirits, XXXHolic, and Elegant Youkai Apartment Life. These shows may all focus on the interaction of human and youkai, but they are all also so different from one another in terms of mood, setting, and story. The aspects I found that seem to stay constant however are the background of main character, the kinds of interactions humans can have with youkai, and the impact seeing youkai has on human-to-human relationships. 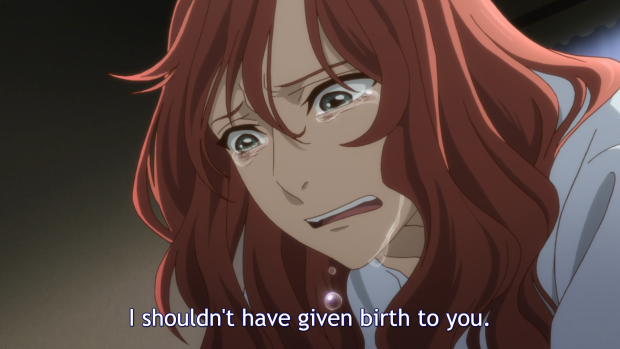 One of the biggest common aspects of these stories is the backgrounds of the main characters. Often, they’ll have lost their parents either through some sort of accident or through abandonment. They’ll then either be living on their own or with relatives who wind up not understanding what they’re going through. Take Ancient Magus’ Bride for instance. Chise has her father and brother abandon her and her mother to go off to some unknown location. When the stress of raising a highly sensitive child becomes too much, her mother attempts to kill her and then commits suicide after realizing what she did. 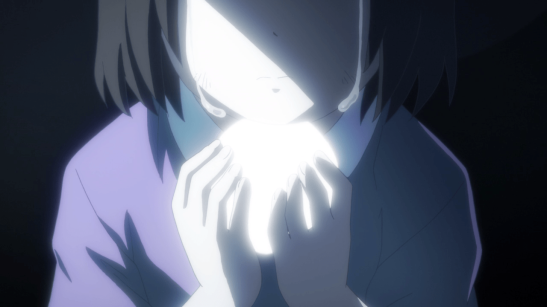 It’s similar for something like Natsume Yujin-cho as well. Natsume’s parents died in an accident of some sort, leaving him to be passed from one relative to another. His ability to see youkai meant that none of his relatives felt comfortable having him around, leaving him with no permanent place to call home until some distant relatives who hadn’t heard of his abilities took him in. For XXXHolic, Watanuki’s parents also died in an accident leaving him to live by himself. In Kakuriyo, Aoi’s mother abandoned her to die in their apartment all alone, after which she was taken in by her grandfather, who died shortly before the series starts. Are those who see youkai fated to have tragic childhoods? Or a convenient plot point that allows the writer to focus more on the theme of the story? 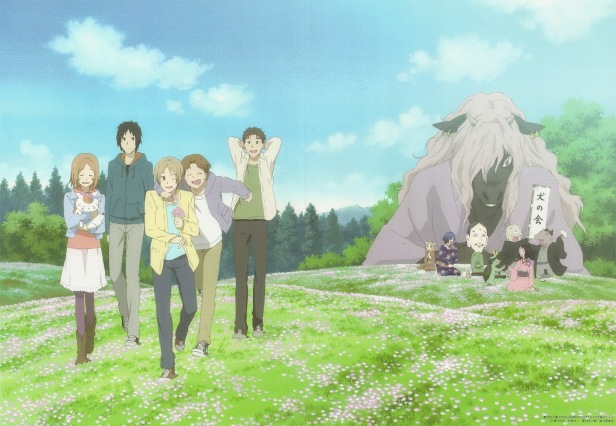 A huge overarching theme I see in many youkai-focused shows is the concept of found family. We do see this in other kinds of stories, but I think it has more of an impact in these series. Partly because of the above background of not having a family of their own, and partly because their ability to see youkai has made them estranged from other humans in general. So that means their found family becomes, at least in part, youkai. All of the anime I mentioned above have this theme running through them. Chise, who has no family of her own, builds a new one with Elias, Ruth, and Silky, using their support to recover from the wounds of her past. Natsume, who has been passed around from one relative to another, never knowing a stable home life, has finally found a place to call home. But he still holds a secret that he can’t share with normal humans that pushes him to make connections with the youkai around him. Those connections and relationships allow him to fill the hole that’s left inside him because of the loss of his parents and the lack of human connections he had during his childhood. 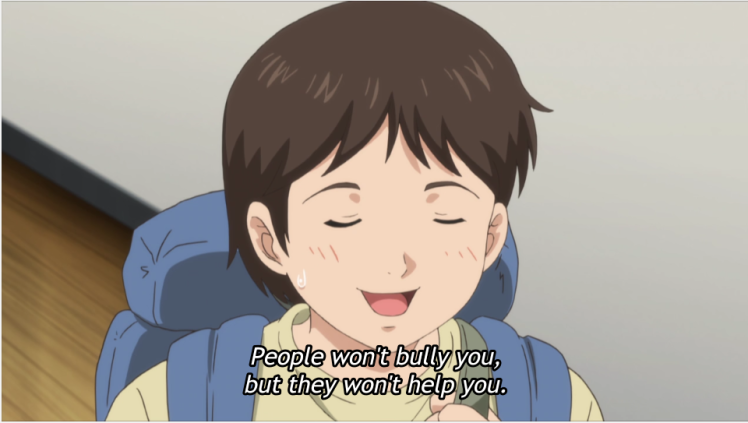 I think we also see this idea of creating meaningful connections with youkai more than humans in the first half of Elegant Youkai Apartment Life. Yushi was only supposed to stay 6 months at the apartment building while his dorm was being built, but after returning to live at the dorm for the rest of the year, he found it cold and unfeeling. The contrast between his life at the dorm and his life at the apartment is striking. The other students he lives with ignore him and seem to all be unable to actually interact with people, whereas Yushi could always find someone to talk to at the apartment and sit down and have lively meal with the rest of the residents. While he does have a few human friends, the show itself seems to be commenting on the quality of modern human relationships. It points to technology and apathy as things that seem to separating people, forcing Yushi to seek companionship from the youkai and spirits in his apartment building. 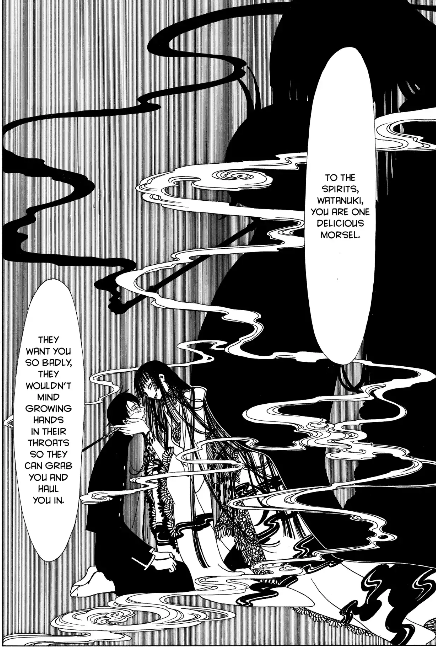 However, being around youkai all the time isn’t always a good thing. If these shows have taught me anything it’s that every human who interacts with youkai will at some point be threatened with being eaten at least once. But because they’ve seen the good in youkai and the bad in humanity, the characters almost always get pulled deeper into the realm of demons and spirits. After all, what’s the alternative? A life of loneliness and rejection? However, that means putting themselves in mortal danger almost constantly. Aoi from Kakuriyo had to be taught to cook by her grandfather as a survival mechanism. The theory being that if she fed them they would be too full to eat her. Watanuki from XXXHolic attracts spirits and youkai to him constantly, and it’s only pairing up with Doumeki and his exorcism powers that he is able to escape being eaten a couple of times. 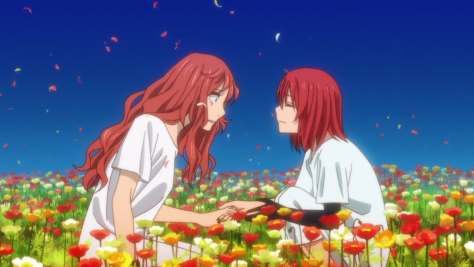 So why do I keep watching these shows? Well, because there is that feeling of hope. Chise ultimately decides to stop dwelling on the past and learns to forget what happened with her mother, moving on to a mental place of recovery. Aoi, who was left to starve by her mother, learns to cook for herself, gaining agency over the food that was denied to her, and begins to build an independent life in the Hidden Realm. Natsume gains new relationships and begins building his trust of humans back up again.

The fate of those who can see youkai can be a dark one, with troubling pasts that show humanity in the worst light. But it is also a hopeful one, with the chance to build a new life full of people and youkai that they can choose to be in their life. They will always have the threat of being eaten held over their heads, but it was those same youkai that showed them more kindness than other humans at one point.

Consider this post a lead up to the big mythology special coming all next month as I watch all of the youkai shows. Let me know what you thought of my rambling in the comments below, and stay tuned for more content coming your way!

6 thoughts on “Waxing Philosophical: On the Fate of Those Who Can See Youkai”