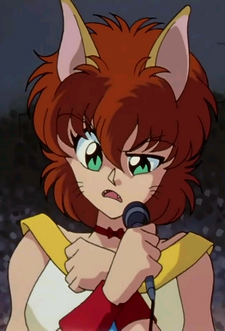 Welcome back to another installment of “Last Week in Geekdom” where I comb the internet for the top news stories you need to know. I’m keeping with the new style from last week and presenting four top news stories that were either the most talked about this week or news stories that I think are really interesting. In terms of my own schedule for the coming weeks, I’m slowing down to one post a week to give myself some more relaxing free time, so new posts will go up on Wednesdays. Anyways, in terms of highlighted stories this week: some new information has come out about the Fox-Disney merger that may mean the cancelling of some anticipated movies; some controversies popping up about Punisher; and I think the first noteworthy obituary announcements of 2019. Let me know if I’ve missed something and, as always, have a great Sunday!

The veteran Japanese voice actress Etsuko Ichihara has passed away at the age of 82 due to heart failure. While she spent most of her years as a stage and drama actress, her narration of a Japanese folktale anime, Manga Nihon Mukashi Banashi, made her voice a household figure. Most recently, she is known by the anime community for her credit as the voice of the grandmother in Makoto Shinkai’s film Your Name.

In an interesting turn of events, the 39th episode of GeGeGe no Kitaro will unite four generations of Neko Musume voice actresses in the same place. The voice actresses from the 1996, 1987, and 2007 adaptations will all be appearing in the episode as different characters.

The main website for the three Psycho Pass SS trilogy has announced that there will be 4D screenings available for the films which will include 4DX and MX4D theaters in Japan. It’s my understanding that 4D theaters include motion-enabled chairs, scent diffusers, wind and rain effects, and strobe lighting. I’ve only ever experienced 4D theaters in the context of Disney World, so I had no idea they were an actual regular theater thing companies were working on.

It looks like Seven Seas and Yen Press have announced a slew of new North American manga licensing deals this week. Some of them include the Skullface Bookseller Honda-san manga and the Little Witch Academia light novel. I’m always excited when new translations are announced. The more the better!

Spider-Man: Into the Spider-Verse has won best animated picture at the Golden Globes. This is only the third time since this category was introduced that the award wasn’t given to a Disney feature. The movie has been getting a ton of praise lately for its art style and story that follows the new Spider-Man, Miles Morales. It’s definitely on my list to watch once it comes out of theaters.

A controversy was started earlier this week when the Punisher creator Gerry Conway said in an interview that cops adopting the Punisher skull logo were akin to people displaying the confederate flag in an interview with SyfyWire. Conway sees it as disturbing because Punisher represents a failure of the justice system and his status as an anti-hero.

Word is that many of the anticipated Fox superhero movies will be shelved as the Disney-Fox takeover begins to wrap up. The acquisition is slated to end this March, and it looks like some of the Marvel properties that Fox previously announced like Gambit, X-Force, and Doctor Doom will be cancelled in favor of the direction Disney will want to take their IP’s.

Prolific Judge Dredd artist Ron Smith has passed away at the age of 94 from Parkinsons on the 10th. Known for his unique and recognizable art style, Smith is arguably one of the key figures who helped secure Judge Dredd’s popularity. You can read more about his contributions and accomplishments in his obituary linked above.