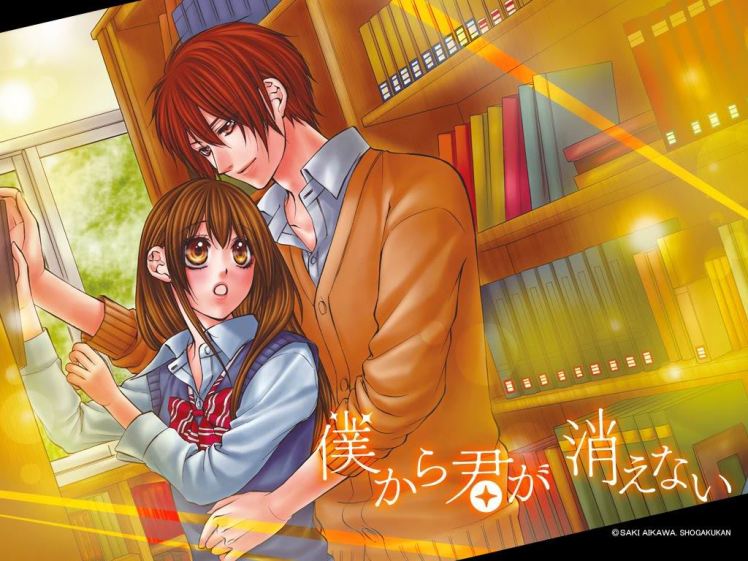 The finale of Boku Kara Kimi ga Kienai played out as I kind of expected. That is: terrible and rushed. This series was by far way too short. I don’t think four volumes is near enough to cover everything the mangaka wanted to put in there. A lot of major plot points are introduced in this volume and then rushed to be wrapped up without any exploration. Just like the previous volumes, Hotaru is back to her old plot delaying antics, naivete, and general jealousy that makes her character so hard to like. Kousuke seems to redeem himself a bit mostly by being one of the only likable characters.

Besides the main character being annoying, this manga’s biggest problem is that it’s not long enough for what the mangaka seems to be wanting to do. The character growth of Hotaru is stymied by the limited space, and maybe that’s why she becomes so unlikable. She doesn’t have the room to examine her problems and grow to solve them with her own power. Then again, she doesn’t get much of a chance to as there is almost always some kind of outside intervention that forces them to solve it or Hotaru conveniently falls asleep when they are about to talk about things.

To make things worse, a new bit of drama is introduced in this volume: Hotaru has to move when her father gets transferred. I think this is probably a poor time to introduce this and it comes out of the blue without any lead-up. Hotaru obviously takes the move horribly, becoming increasingly jealous of other women as she contemplates how their relationship will last once she leaves. I can understand the fear of losing someone because you have to move away, but again we see other people solving her problems for her. But it’s here that Kousuke redeems himself as he gathers up all of their friends to come and show their support. Having Kousuke as her boyfriend seems to be a way to balance Hotaru’s personality out, but it doesn’t entirely erase the fact that she’s annoying and gets practically no character growth throughout the manga. Combine this with lack of closure, rushed plot, and forced drama, I would recommend passing this one over if you’re looking for a highschool romance to read. There are much better ones out there.

Thank you for sticking with me through this manga. If you have recommendations for my next review, leave it down in the comments below. If you haven’t already, be sure to hit that follow button or follow me on Facebook for updates!