I had to do some adulting today and didn’t have time to put together a full review, but I figured this was a good time to try something I’ve been thinking about for a few weeks. “Waxing Philosophical” will be short one-page musings, more like actual blog posts than what I usually write. Today, I wanted to think about how nostalgia is being utilized in the media industry, especially anime and manga. In the last year or so we’ve seen so many older shows popping back up with new content. Cardcaptors got a new season and manga 20 years after the series ended. Yu Yu Hakusho is getting a new OVA with their 25th anniversary box set. We also got a new season of Lupin III and League of Galactic Heroes with a new anime adaptation of the 90’s manga Banana Fish coming out in July. It seems like this is the time for resurrecting older shows.

But why now and what’s the benefit? Personally, I think these kinds of things go in cycles just like generations. Right now, all of the people who grew up in the 90’s and 00’s who grew up watching these shows are starting to enter into the industry and produce their own content. Of course this means shows with references to other anime and manga all over the place, but it also means that these content creators are looking to share their favorite shows with a new audience. CLAMP brought Cardcaptors back not only as a way to capitalize on its 20th anniversary and the draw of its nostalgia, but also to share this content with a new and younger audience of girls.

Nostalgia is a powerful draw for a lot of industries. We’re seeing remakes left and right in both movies and TV shows. Not only are fans of the original series entering into the industry and creating their own content, they’re also becoming consumers in their own right. The draw of bringing back old shows may also fall squarely on the back of capitalizing on this growing consumer base. Nostalgia is a powerful driving force when it comes to how people buy and consume their media as well. After all, it’s built on the backs of the positive feelings and comfort we remember from childhood. I remember having to fight with my Dad over the TV to be able to watch Toonami after school. Those shows still hold a special place in my heart even if I know, now that I’m older and have a broader experience with anime, that they probably aren’t the best shows now. But I can’t bring myself to get rid of my box set of Outlaw Star and I can’t stop myself from thinking about buying the 25th anniversary edition of Yu Yu Hakusho when it comes out.

Maybe it’s also the feeling of the shows from that early era that draws us back. The different animation style and the different types of moods that were present in those shows. I don’t know if we’ll ever get the same brooding space pirate shows that Outlaw Star and Cowboy Bebop brought us. I think those feelings and messages were just part of that era. I don’t know if we’ll ever get the same style of shoujo art from shows like the original Sailor Moon and Revolutionary Girl Utena. Art styles have changed a lot since then. I often wonder how people who weren’t involved in the 90’s and 00’s anime years would view those shows now, perhaps they wouldn’t evoke the same sense of loyalty or feelings that we remember. 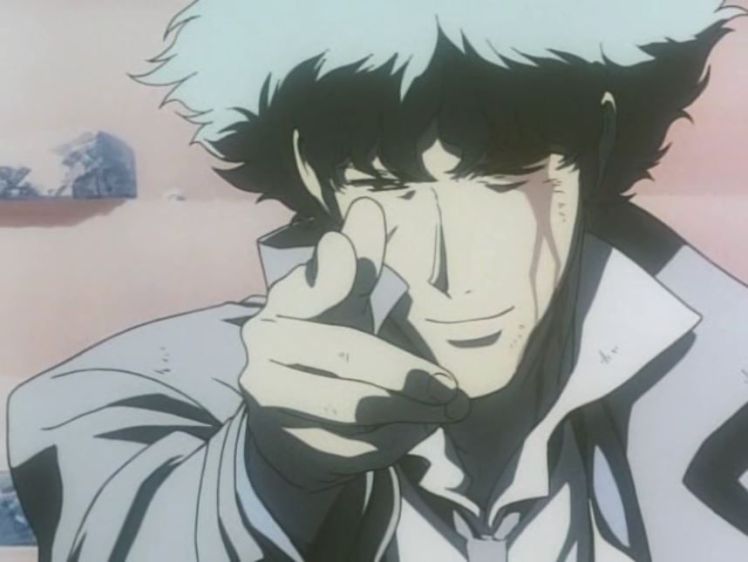 It’s interesting to think about at least, something to ponder as my internet cuts in and out tonight and the Yu Yu Hakusho opening gets stuck in my head again. What do you think will be the next older show to get a remake or adaptation? Let me know in the comments as well as what you thought about these new types of posts. An extra full manga review may go up on Monday if I have the time.

5 thoughts on “Waxing Philosophical: The Effects of Nostalgia”