Welcome back for another installment of Anime First Impressions! The new Winter 2017 has some interesting shows coming out this time as well as some not-so-interesting ones. All of the shows I’m going mention here adhere to my blog’s genre theme of romance and all come from Crunchyroll’s simulcast list. But, I’ll also list briefly the shows I’ve been watching that don’t fit into these parameters at the end of this post. You can also keep track of what I’ve been watching or reading on my Kitsu page, which is like a Goodreads for anime and manga.

But enough of that. Here’s some of the Winter 2017 anime’s I’ve been watching:

This show revolves around a boy, obsessed with Twitter, who moves to a new school. While walking around Tokyo, he meets a blue-haired girl who mistakes his raised phone for him taking a picture of her and promptly slaps it out of his hands. The girl, Fuuka, is a lover of music and a general tom-boy. After forming an unlikely friendship with him, she drags him and another person into forming a light-music club at their school in order to start making music of her own.

This show starts out as a pretty typical shonen romance, with gratuitous up-skirt panty shots and tsundere antics that are sure to appeal to a lot of male views. However, I wouldn’t write this show off just yet as it still has a few things that I found appealing and entertaining. For one, the show is supposed to focus on the formation of a band and the music they create together, so as long as it doesn’t turn out to be like K-ON, I think it could be interesting. The art style and animation throughout the episodes so far has been really strong as well, with a lot of vibrant colors and details.

There are a couple things that could be annoying such as the love triangle between him, Fuuka, and his childhood-friend-turned-singer. If the show continues as the first episode did, we could also be seeing more fanservice in the future.

This shonen romance revolves around the premise that a previously overweight boy returns to his old school a changed and more handsome person and intends to exact revenge on the girl who rejected him. So far the show’s love interest is tsundere-esque girl who hates men of every kind, preferring to give them insulting nicknames and ostracize them instead. Not to mention that the main character isn’t that great either, believing that the only thing you need to be successful is to be handsome. Also, his mom looks like a 5 year old with the amount of moe they tried to inject into the show.

I may give this one a few more episodes to see how it goes, and it may be entertaining for the pure comedic value. Episode two starts to venture into a little more weirdness with the start of the weird lackey character getting herself involved in their feud. Who knows, but give it a try if the premise sounds interesting to you and let me know what you think in the comments below.

The third shonen romance this season that puts a spin on it by also being a harem anime. It markets itself as the story of the main character’s “pure” relationship between three different heroines and the memories he makes with them. Honestly, I question the validity of this being described as pure as the first episode has a girl getting up off a desk and leaving behind a fading imprint of her butt, but that’s just me. It does include the standard high school drama of studying for entrance exams and finding out what you want to do in the future, so that might balance it out a bit. But I think this one might be right on the edge of dropping for me.

I’ll give it a couple more episodes to see what happens, but I’m predicting dropping this one. That is unless it does something interesting or terrible that warrants its own review on this blog. 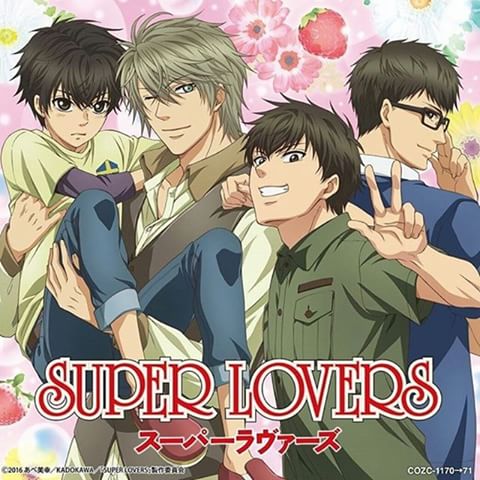 Here we go again, another season of Super Lovers. If you’ve read my review of the first season, you may know my opinions of this show lean towards the negative. If you haven’t read that review, I’d give it a look before reading this.

The first episode picks up right where the last season leaves off after Haruko makes her appearance with the threat that she’s going to take Ren back to Switzerland. This episode feels packed with plot, but ultimately the danger posed by Haruko dissipates pretty quickly as there seems to be little actual threat that Ren will actually move to Switzerland. What we do get is though is more of a look at Haruko who is honestly a little more of an interesting character than Haru at this point. We also get a brief and glossed over plot point of Ren almost having to give up Tanuki and the reiterated, kind of creepy reference that Ren and Haru still kind of see each other as brothers even as they start making out.

I probably won’t drop this one though as it will most definitely get its own review at the end of the season. My opinion most likely won’t change, but we’ll see how it plays out. 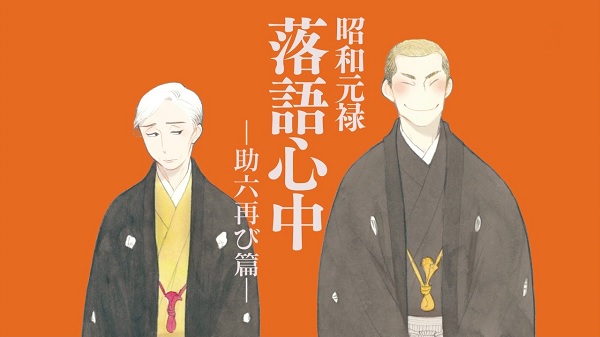 I don’t have much to say about this season yet as I’m still working on an upcoming review of the first. However, if this season is anything like the first, I’m predicting I’ll love it. If you don’t know, this show is a historical drama set in post-war Japan centered around the storytelling art called Rakugo. Performers of this art must sit at all times and only have their upper body, expressions, and voice to rely on to convey their story. But Japan’s culture is going through some major changes at this time, and performers are forced to watch as their art slowly dies out. All of this happens in the background as the story focuses on two sets of performers, jumping between the past and the present.

My understanding is that this season will focus more on the present and the lives of the two younger apprentices while also posing the question: should Rakugo change with the times or be preserved? Keep a look out for my review of season one coming very soon.

This is another that I can’t quite speak to yet as the episode slated for this season has yet to be released, but if the first episode from last season was anything to go off of, I’m very excited. You can read my review for the manga this prequel OVA is based off of here.

That does it for this first impressions review. Be sure to tune in later for more anime, manga, and comic reviews. New updates post twice a week, usually every Saturday and Wednesday. Here are some other shows I’m watching this season: March comes in like a lion S2, All Out!! S2, and Spiritpact. Be sure to follow be on Kitsu to see what I drop or keep watching.