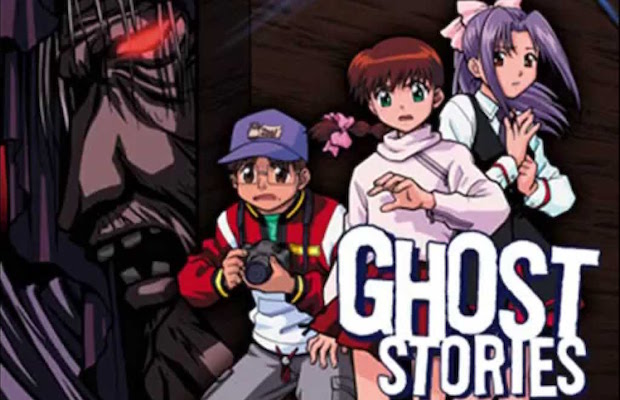 Everyday on this blog is Valentine’s Day, so for this and every year after, February 14th will be known as Anti-Valentine’s Day here. This will be a time where we take a look at one non-romance anime, manga, or comic whether it be horror, mystery, or even comedy. In the case of the one we’re looking at today, it’s all three. Ghost Stories, specifically the English Dub, has developed a cult following over the years mainly due to the ridiculous amount of freedom given to the voice actors during development. The story itself is generic to the point of being boring, and I can understand why the original bombed in Japan. I think it’s really only through the creativity of ADV Films that this show developed as much of a following as it has now. If you haven’t already, I highly suggest checking this one out as all 20 episodes are widely available online.

The anime is based off of some fairly popular books by Tōru Tsunemitsu. The story goes that a girl, Satsuki, and her little brother, Keiichirou, move to the hometown of their deceased mother. On the first day of school, while chasing their pet cat, they and three other kids (Leo, Hajime, and Momoko) are led into the school’s old building. It’s while searching through the building that they learn that it is in fact haunted. They also discover that Satsuki’s mother was the one who sealed this ghosts away in the first place through the discovery of a book she left behind, and that construction on a nearby mountain released all of the ghosts she sealed away. Now Satsuki and the rest of them have to re-seal these ghosts away one by one. 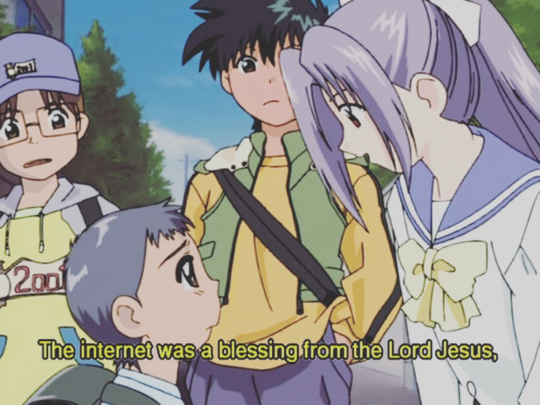 According to TVTropes, the story of the infamous English dub is that the original Japanese version of the anime bombed so hard that Studio Pierrot had to sell the rights to ADV Films in a bid to avoid bankruptcy in 2005. The only restrictions ADV was given concerning the dub was that the basic story and names of the major characters and ghosts had to stay intact. However, they were also told to “do whatever it took to sell the show” as related by Greg Ayers later on. So, in order to make the show interesting, director Steven Foster threw out the original script and created a gag show around the basic plot of the original show, basically only making sure that the dialogue was lip-synced correctly. It is even said that whoever showed up for a recording session first got to dictate how the show went in terms of types of jokes and ad-libbing. This in-turn created a mish-mash of different fourth-wall breaking gags, changes in character personalities, and some fairly mature jokes. At the time of release, though, many fans hated the dub and a more true-to-the-story one was produced by Aniplex later on. 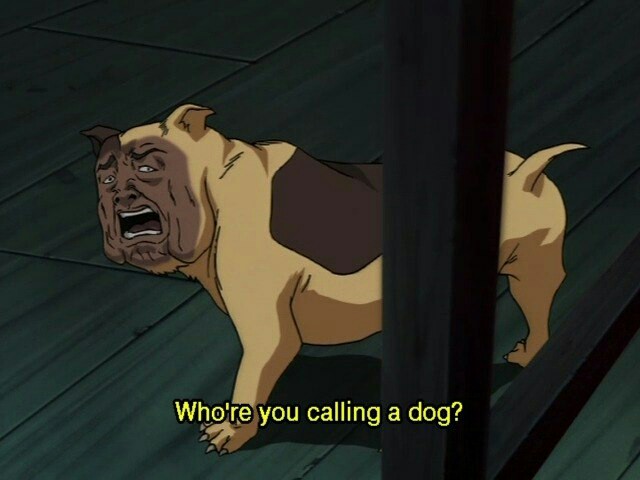 I can honestly understand why the original show got the reception it did even just watching the ADV dub. The animation quality from Pierrot is below par except for a few instances. There are even a few moments during the dub that the voice actors will point out these glaringly bad animations. One that sticks out in my mind is in episode seven when Satsuki and Hajime are running down the hall, but they didn’t actually animate the hallway moving. To which a voice actor says “We’re running, but I feel like we’re not getting anywhere.” I also feel like their attempt at animating horror and the ghosts in the particular just didn’t make them scary. The character designs are fairly tame and don’t really come off as scary. There was also one moment during the mirror world episode where Satsuki was trying to rescue people out of the mirror that they do this weird trippy animation that just looks goofy. It’s made hilarious by the dub, but if I was watching the original, it would just be terrible. 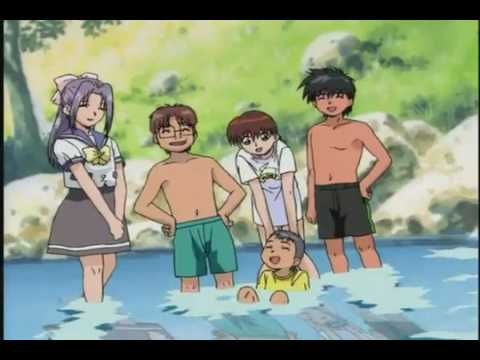 I’m also fairly confused at the choice of opening and endings for this show. The opening for Ghost Stories is this weird collection of the characters having fun in the sun, swimming, and just generally having a good time while another part of it is weird ghosts and youkai showing up. It would almost seem to people who have never seen the show to be setting itself up as a more light-hearted youkai anime. It’s an opening’s job to get a viewer hyped and in the right mindset for the show, and this one does a terrible job. It doesn’t really even do a good job of setting up the characters, like many great openings do. The ending is even weirder, with the song “Sexy, Sexy” playing in the background of still images of youkia ink paintings. I was so confused when I heard it. Yea, it’s a catchy track, but why use it for what’s supposed to be a horror/ mystery show? I will never understand that choice.

I think the reason why the ADV dub has such a cult following is that it can almost be considered the first instance of an Abridged Series. It also injected new-found interest into a show whose plot is generic at best, bringing much-needed attention to the failing show. ADV still had to stick to the basics of the show, however, and it’s easy to see why the original didn’t catch the interest of its Japanese audience. The plot itself is generic, following a ghost-of-the-week narrative that becomes repetitive and corny after a while. I also understand that Japan has some of the weirdest ghosts, but some of the ones in the show are fairly ridiculous even so. Like the ghost that tries to cut the feet off of racers at the sports festival. Or the ghost that lives in the toilet and asks if you want red paper or blue paper. Or the ghost of Beethoven that is apparently haunting a small-town Japanese school. All of these things push me more and more to the conclusion that I would not like the original sub version. 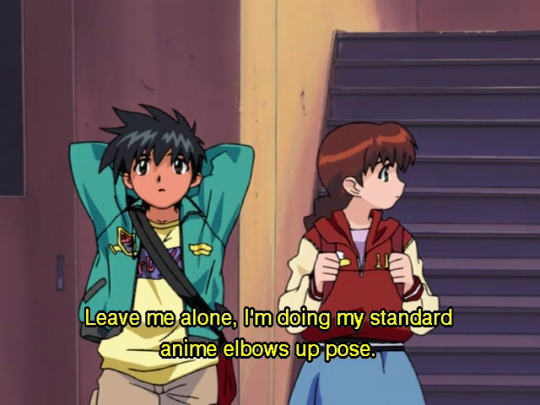 ADV and all of the voice actors for the dub add so much to this version, changing otherwise boring characters into hilarious gags. Momoko becomes a born-again Christian who spouts bible verses and tries to convert all her friends. Keiichirou seems to lose the ability to talk coherently at times, devolving into babbling whenever he is supposed to have lines. All of the side characters become caricatures of their previous selves. Like I said above, it reminds me a lot of how abridged series are done without the “abridgement” aspect. As a warning, however, their jokes can get pretty mature at times and may be too much for people, but I would still suggest trying this show out regardless.

So, if you’re looking for something fun and wacky to watch this Valentine’s Day, consider checking out Ghost Stories if you haven’t already. It’s fairly easy to find online and it’s well worth the watch. Also let me know in the comments or through likes whether you guys want me to make this a yearly thing or not.